Chapter 89
Hello, Average Guys! As you know, I try to maintain a certain kind of balance here at Dress Like a Grownup!, and keep a few different kinds of plates spinning at once. Some plates are the equivalent of a doctoral degree, continuing education for lifelong dandies, all the way down to some plates that are Dressing 101, core curriculum for the freshman youth. After some time in the more advanced topics, like our recent History of Neckwear series, I like to go back and spend some time at the basics, for the benefit of Average Guys like yourself who are just starting along your mature sartorial journey.

Of all the changes that need to be made, to cast off the shackles of the children's clothes you currently wear, and make a neat transition to the attire of adults, some are easier than others. The most difficult transition, is to that of a proper hat.

This is understandable. The transformation of the core of your attire, trousers and shirts, is merely a shift in style from your current jeans and tee-shirts; as is the addition of a jacket. The metamorphosis from sneakers to proper shoes is likewise largely a shift of style: after all, you have always worn shoes of some sort: you are merely aiming to shift its nature. In other words, you are modifying your current articles of clothing to different, but related, articles.

Not so the hat. For many, the inclusion of a hat is ex nihilo; the addition of an article that is totally new, and at first very strange. It is impossible to ignore a hat: it is always there, an unfamiliar pressure around your skull, an unfamiliar weight on your head, an unfamiliar sight at the periphery of your vision. You feel uncomfortable, and awkward, and uncertain; and your behavior will reflect that. And as you know, your attitude toward what you wear is just as important as the articles themselves -- if you feel awkward wearing a hat, others will feel awkward for you wearing a hat.

And yet, there are millions upon millions of Average Guys who think nothing of wearing a baseball cap. The odd little beanie-with-a-bill has become completely ubiquitous. But, just because everyone does something, doesn't mean it's right. If you're playing baseball, that's just fine -- wear a baseball cap. If you're not, don't -- wear a proper hat instead.

Fortunately, there IS a way for an Average Guy to transition into a proper hat easily and gently, without the jarring impact of the Sudden Fedora. If you are currently one of those fellows who does wear a baseball hat everywhere, this transition will be completely painless and very natural. If you have never worn a hat at all, it can be nearly an unnoticeable transition, for this particular sort of hat is actually very closely related to the baseball cap. 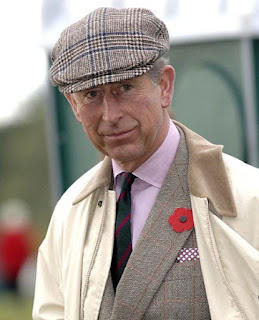 I refer, of course, to the flat cap; also called the driver's cap, newsboy cap, taxi cap, dai cap, golf cap, ivy cap, or scally cap. They all refer to basically the same thing: low, wedge-shaped, with a visor in front instead of a brim all 'round. 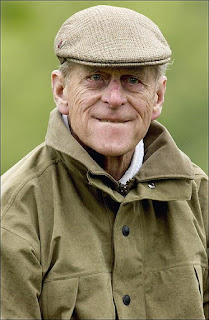 They are universally worn, breaking boundaries of class, age, and nationality. In practice, they feel very much like the baseball cap with which you are familiar: snug around the circumference, sitting lightly upon the crown of the head, a brim over the eyes, the ears out in the open. Traditionally a sporty sort of outdoor hat, they can be worn pretty much anywhere today. If you are reticent about wearing a trilby or fedora until you get used to the idea, the flat cap is the ideal way for the Average Guy to break into the World of the Hatted. 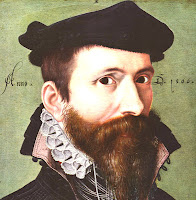 The flat cap can trace its ancestry to the Tudor period. Tom Ring's 1566 Portrait of a Man wears a simply constructed cap.

The Tudor cap developed into to the widely-used military cap. They were constructed like this mau cap: rectangular front and back panels, a circular crown, and a demilune-shaped brim. The height of the front panel and the width of the brim were the same, so if the front panel was brought down and attached to the brim...

...the result was the distinctive wedge-shape of the flat cap. Notice the front panel remains, but the back panel is now in one piece with the crown. Many flat caps are made like this, but there are many variations. They are made from just about any fabric imaginable: cotton, tweed, felt, wool...even leather. One benefit of this type of cap is that it can be folded flat and put in a jacket pocket.

For cold weather, flat caps can have ear flaps for warmth; either tucked up inside or tied over the top when not in use. 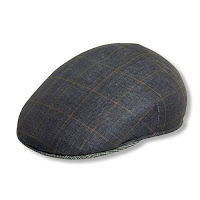 Some flat caps are made of one piece of shaped and stretched fabric. As a rule, the smoother and plainer, with fewer seams a cap has, the more dressy it looks; since it takes more work to form the shape than just sewing panels together.

The ultimate expression of this is the ascot cap. They are in appearance like a flat cap, but shaped and blocked on a form like a fedora, with no seams. They are made of felt, and quite stiff. 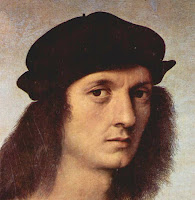 There is another breed of flat cap, that is not derived from the Tudor military cap. It comes from another Tudor hat, like this one painted by Raphael in 1506 of Angelo Doni. It is made of pie-shaped wedges sewn together, with a drawstring around the circumference. It survives today virtually unchanged, in the form of the doctoral cap of academic regalia.

From it we get the eight quarter cap. Less wedge-shaped than the one-panel cap, the eight pieces that form the crown are topped by a button. You can see the resemblance to the baseball cap immediately. 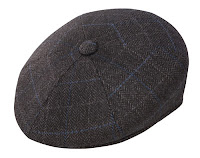 The six quarter cap is identically constructed to the 8/4 cap, but with two fewer pieces for a slightly more streamlined profile. 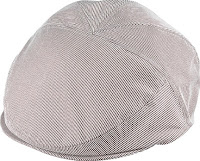 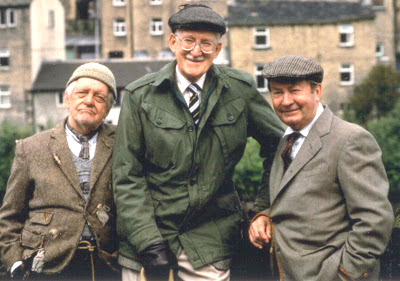 There is a flat cap for every taste, and the shape and feel is similar enough to its cousin the baseball cap, that the Average Guy who finds himself hat-shy can slip into proper headwear without a second thought about it. After a time in a flat cap, with which you can practice proper hatiquette, you can decide to expand your horizons with a fedora or a trilby, or not. Many gents are content to spend their entire lives in a flat cap.