Aaah! They're Coming This Way!!

Halloween Special
Chapter 38
Turn the lights down low, bar the doors, grab a shotgun, and hide under a blanket! It's the last week in October, which means the debut of a brand-new Dress Like A Grown-up tradition --
The Scariest Thing
I've Seen This Year!
(cue theremin music)

Men have dressed badly all year long, and I have dutifully poured my acerbity and venom into exposing as many of the most egregious examples as I can. But, there is always one example that is so monstrous, so unspeakably inhuman, that it deserves mention as having set the low-water mark of men's fashion for the entire year.

I have always made it an apothegm on this site that dressing and acting like a grown-up are inextricably linked. The correlation works in both directions: Men that dress like adults, by and large, act like them; and men that act like adults usually dress like them. Men that have not made the leap into adult clothing, conversely, tend to act like boys: immature, impulsive, rash, often with little heed given to the personal consequences of behaving with an abridgement of legality or morality. 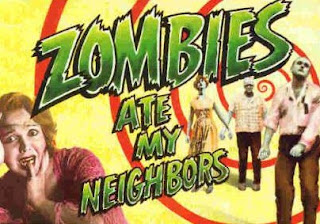 This year, we have a book-perfect, living example of what happens when everything goes horribly, totally wrong -- our very own tailor-made, perfect-storm Zombie Apocalypse. A pack of zombies stalking the streets, moaning "Braains...braaiiiins..." have a one-dimensional mission: eat the brains of the living, create more zombies. They pursue this mission relentlessly. They don't follow the logic to its conclusion: when everyone is a zombie, there will be no more brains. 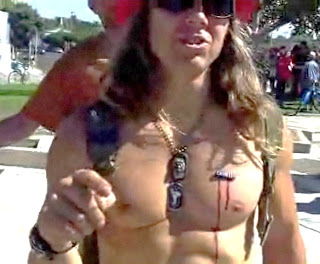 Yes, I'm talking about the Occupy Wall Street crowd. Now, I know you're probably suffering media overload on the subject, but stick with me on this. These little knots of people have spread across the country, and indeed over the planet, parroting their shrill and infantile stock phrases and holding their placards aloft. My purpose here is not to get all political...but notice the way these people are dressed, correlated with what they are saying, and the way they are acting. 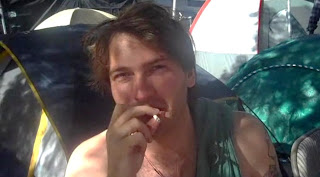 These are not the destitute and mentally ill homeless, living over a grate in the city. They are functioning adults, most of whom have college educations, many with higher degrees and better things to do. Productive things. 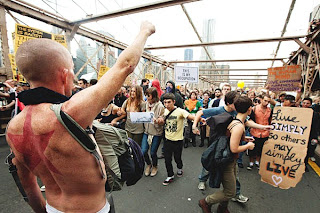 Don't ask any of the people here to verbalize that, though. Many of them -- I would hazard a guess that most of them -- don't understand the concept. It's not their fault, unfortunately...It's the direct result of being raised in a deeply flawed educational system. They have not been taught history, civics, economics, government, ethics, logic, or rhetoric. Instead, their school years have indoctrinated them with a philosophy that everyone is equal, everyone is right, everyone deserves to win, you don't keep score, and everyone gets a trophy. It's no wonder that, when released into the real world, they are unable to cope with a society that does keep score, that does recompense hard work with great rewards.


They have no knowledge of the Great Experiment, the formation of a self-governed democratic republic, which had never to that point been tried; or just exactly why this was such a revolutionary concept; or the responsibility of the governed to maintain a stable system through sober knowledge, attention to history, and the warnings of the mistakes of others. 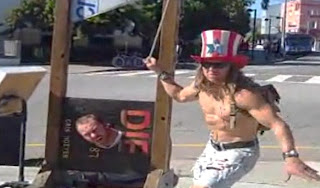 What we have, instead, is man at his most base and selfish. What they see -- all the reason they can make out of the Occupation that they themselves are participants in -- is simply: They have. I do not. I want what they have. It's not fair.

It's a third-grader who sees his peer with a nicer pencil-box than he has, and burns with jealousy that he does not have as nice a pencil-box. He then has the option to whine to his mother until she buys him a nicer pencil-box, or, failing that, he beats up his classmate and takes the pencil-box for his own. (That's assuming the teacher doesn't ban pencil-boxes as too inflammatory an item to possess, or dictates every student must have exactly the same pencil-box, to prevent such outbreaks of jealousy.) 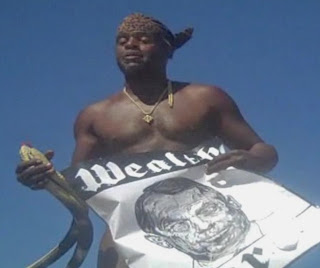 This doesn't translate into the real world, of course, and the Occupiers have had a hard time adjusting.
I don't expect the Occupiers to be experts in economics: it's called the "dismal science" for a reason, after all. I would expect them to use a thing called "common sense" as the basis for logical thought. Apparently, though, common sense is not something one is born with: the everyone-gets-a-trophy education has apparently not fostered its implementation.

But it should be self-evident that it makes no sense to pursue simple redistribution, for there is not a set amount of currency in America. A man with big green isn't taking that money out of the pockets of someone else. It simply isn't a zero-sum game. Money is earned --created-- not just re-distributed from one place to the other. The creation ab nihilo tack doesn't work either: the government can't just print a million dollars per person so everyone has enough. That would devalue the currency to zero -- if anyone learned about pre-WWII Germany in schools this wouldn't even be an issue. 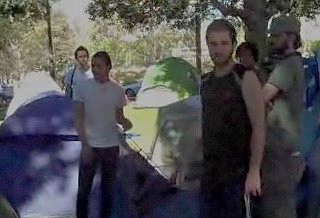 A real, proper rally for political change is a largely boring and tedious affair: after gathering to garner attention, one clearly sets out one's intention for instigation of that change. What follows is an internal political process, involving committees. Aw, but hey, man, that's boring! Let's just hang out and let someone else work out the details! And by "details," we mean absolutely everything after the "let's just hang out" part of the plan.

I said I wouldn't devolve into politics, and I won't. Let's concentrate on what the Occupiers are wearing. Or rather, not wearing. In light of their childlike mindset and dependency, it is no surprise that when hundreds of them gather together, with a common, (albeit ill-thought-out,) purpose, the result is that things turn into The Lord of the Flies, and does so surprisingly quickly. 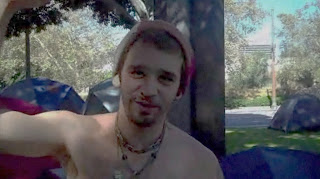 What followed soon after the very first day, was a harrowing example of Man at his most animalistic. If they had organized a microcosmic proto-city of Occupying humanity on Wall Street, as a demonstration of the feasibility of their intentions, it would have done much to further their cause. Instead, we are treated to howling, braying, shouting, half-naked subhumans.

With no thought given to anything other than the individual, the extended mob has devolved into a chilling display of the herd mentality. It stands as a heartbreaking reminder of how close, and how quickly, civilized humanity can descend into barbarism. Or it would, if students were still taught history; for this sideshow is not a unique occurrence. It has happened again, and again, and again, throughout the ages.

Men behaving like adults look after themselves, and after their group, and are able to behave with a semblance of order. They have a well-developed sense of subjective consciousness: in other words, the ability to see themselves "outside their own eyes," from another man's perspective. The Occupiers, conversely, are seemingly completely unable to function without an overseeing authority, and unable to suss out how they are perceived by the rest of the world. Their cries for complete governmental control are understandable, in light of their inability to do something as basic to humanity as cleaning up after oneself. 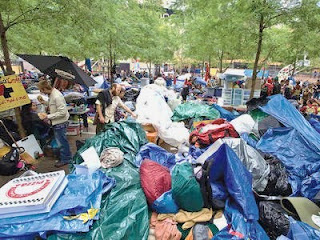 The distressing images of grown men acting in such an infantile manner, is more scary than hordes of mindless zombies. Zombies are dead, slow-moving, easily dispatched, and instantly identifiable. These Occupiers are live, flesh-and-blood humans. Their loudness and tenacity may have the inadvertent political pull to influence much smarter humans in the political sphere to enact laws simply to appease them. At least, like zombies, they are easily identifiable: those who see the correlation between dress and maturity have had their fair warning.

Click here to go to the Second Annual Halloween Special.