Chapter 24
Welcome back! In contrast to last week, which took a peek at the accessories of yesteryear, today we'll look at your personal, portable bric-a-brac in light of the Modren Age in which we live.

The catchphrase for the twenty-first century is 'Less Is More', when it comes to convenience items. The average fella of a century ago had the benefit of sturdy fabrics and abundant pockets, in which to tuck away all the various-and-sundry that he might need throughout his day. Today, not only do we have thinner fabrics and better-fitting clothes, we have fewer pockets -- especially in the summertime.

Being properly attired for a given occasion should extend naturally to what you carry with you, and in the hot season, your pocket options are usually limited to only four: two side and two rear trouser pockets. It is not a difficult proposition, really, to carry solely what you require when you are out. The less you carry in your trouser pockets, the better, especially without a jacket: otherwise, your bulging pockets will not only look awkward and unsightly, they will pull and stretch the fabric, causing wrinkles and premature wear along the pocket area.

In the fall, when we don our jackets, sportcoats, and blazers again, our pocketing options will expand somewhat, and we'll discuss more optional doodads to carry with us -- but the summer season is the time to pare down to the minimums, both for comfort and appearance.

The three essential requirements nowadays are wallet, keys, and cellphone, so let's address these can't-do-without-'em items.

If it were only possible to exist without a cellphone! How we lived for thousands of years without the expectation of constant contact with everyone else is a mystery. How I wish we could turn back the clock, when being alone meant being alone, and "I'll be gone" meant "you can't get in touch with me." The flip side of this, of course, means I'll never be broken down and stranded by the side of the road, and the seedier element cannot commit a crime without the near certainty of immediate 911 calls and images of the perp from a dozen different people. We have met Big Brother, and he is us, for good or ill.

At least the size and prices of cellphones are going down, even as their complexity goes up. This now means, it is entirely within reason to own several cells for different purposes on one account, merely by swapping your SIM card from one phone to the other. It is not always necessary to carry a big ol' Blackberry or I-phone with their oversized screens and keyboard. There's nothing wrong with these phones, if you need one -- if you don't, though, and are only carrying one out of habit, may I suggest the smallest, lightest, most basic model you can find, to drop in your trouser's side pocket. This will give you some reassurance that in case something goes sideways, help is only a phone call away, without the bulk of a full-featured model banging around your hip all day. Of course, you will have to resist the urge to Tweet every move you make to your legions of followers -- but to take your nose out of your phone, actually look around you, and interact with the world in real-time, is a very good thing to do, (and is at least as enjoyable as texting.)

Many men measure their importance by how many keys they carry. A big, fat, jangling wad of keys used to say "look at me! I can open many doors that are closed to others!" This is, today, a bit passé. We live in an era of passwords and logins rather than locks and bolts. Like the cellphone, if you don't actually need it for where you are going, leave it at home. What need do you have for your office keys, if you are not going to the office? Or car keys, if you are not driving? Or house keys, if you are not leaving the house unattended? Or a bulky, dangly key fob -- for any reason? Try it, you may find it refreshing to strip your key ring to the bare essentials. Carry only the one key (or two) that you will need when you leave the house, and drop it in your trouser pocket with your cellphone.

Likewise, a big, fat wallet jutting out of your rear trouser pocket is a sign of living in the previous century. Strip it down, like everything else: Get the thinnest, lightest wallet you can, and only put in it what you will need. You will have to break your habit of using your wallet as a combination file cabinet and time capsule -- yes, I know you do it, we all do -- and "optimize" it for each trip out. At the minimum, carry only your driver's license and one debit card: sufficient to cover identification and access to money. There's no need to cart around all the extra plastic unless you need it! (Similar to carrying extra keys: if you're not going to the library, leave the library card at home.) Slip the wallet in your rear pocket.

If your wallet has a compartment to tuck in a couple of keys, so much the better! -- it will clear out your front pocket and keep your keys from jangling.

You now have all you need, with a minimum of excess bulk and weight.  It may take some getting used to -- most men feel undressed without the subconscious awareness of his wallet and keys -- but you will look the better for it, and begin to feel unencumbered and unfettered to boot.

Now that the Big Three have been attended to, what else do we need to be properly kitted out in the summer months?

A pocket knife, useful in previous decades for a number of things, now not so much. There's not a lot of call for whittling or pen-sharpening nowadays. If you are the sort of man that likes to be overly prepared, there are a number of highly ingenious multi-tools that take up no more space than a credit card, can be tucked away in your wallet, and add negligible bulk to your attire.


A good addition is a simple handkerchief. Folded, pressed, and wrapped around the cellphone in your pocket, it can be ever-present in case of need without adding too much bulk.

There's often a necessity to use cash for a small purchase or a tip, so it's a good idea to carry a little with you in addition to your debit card. The last thing you want is to increase your pocket's bulk with a surplus of dollar bills and pennies, so it's a very good idea to carry just enough cash to give you exact change for any purchase: to counter the inevitability of completing a purchase with more bulk than you had before. If before you leave the house, you place a twenty, a ten, a five, and two twos in your wallet, and exactly one dollar piece, one fifty-cent piece, one quarter, two dimes, one nickel, and four cents in your pocket, you will have exact change for just about anything, and be guaranteed that your pockets will be lighter and your wallet thinner at the end of the day than at the beginning.
(I'm rather unfairly assuming a dollar-based economy here: your currency may vary!)

As far as jewelry-type items go, summer is the time to get rid of extraneous items. (If you wear any body piercings or necklaces, shame on you! Go back to the very beginning and read this blog in its entirety before continuing any further.) However...

A very good accessory that is uniquely suited for summer is the wristwatch. Wristwatches can get in the way of long-sleeved shirts and jackets in the cooler months, but in the short-sleeved seasons, a watch can express the lighter side of the wearer's personality. Cell phones have rendered the wearing of any watch obsolete, of course, but the sporting and casual affectation of the wristwatch can be used to great effect at this time of year.

With that, I would strongly recommend you check out a marvellous website called Watchismo. There is a fantastic collection of vintage and new "artsy" watches to suit any taste or price range. And since I am such a huge fan and supporter of all things horological, we'll end this week with a shameless plug for some of Watchismo's wares. 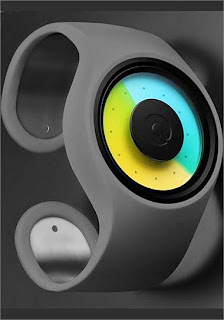 The Ziiiro "Aurora" is kinetic sculpture; the time is shown by the intersection of the colored sectors. One of the most futuristic and exciting watches I've seen in awhile. 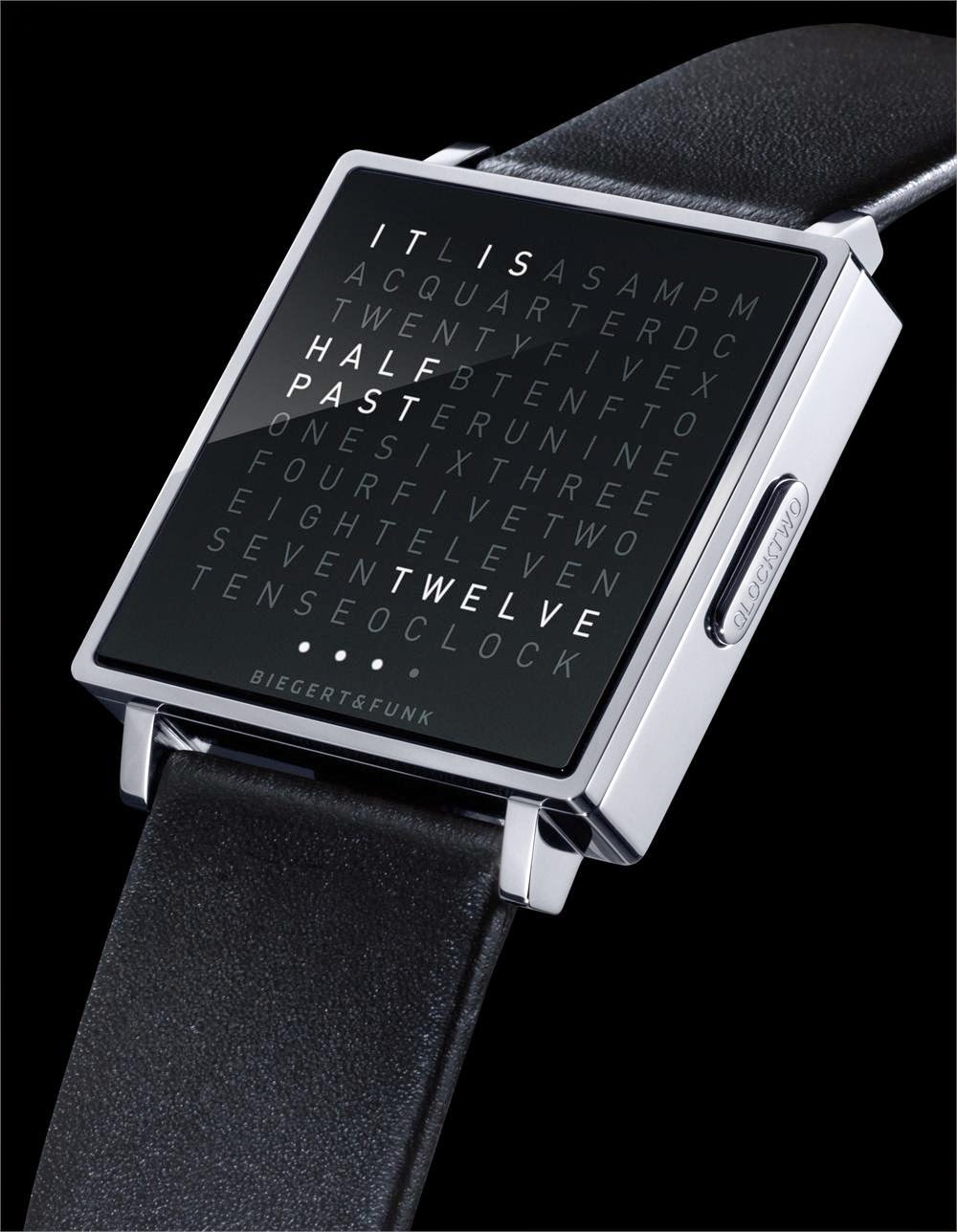 The Beigert&Funk "Qlocktwo" tells the time in an innovative, elegant, and very literal sense. 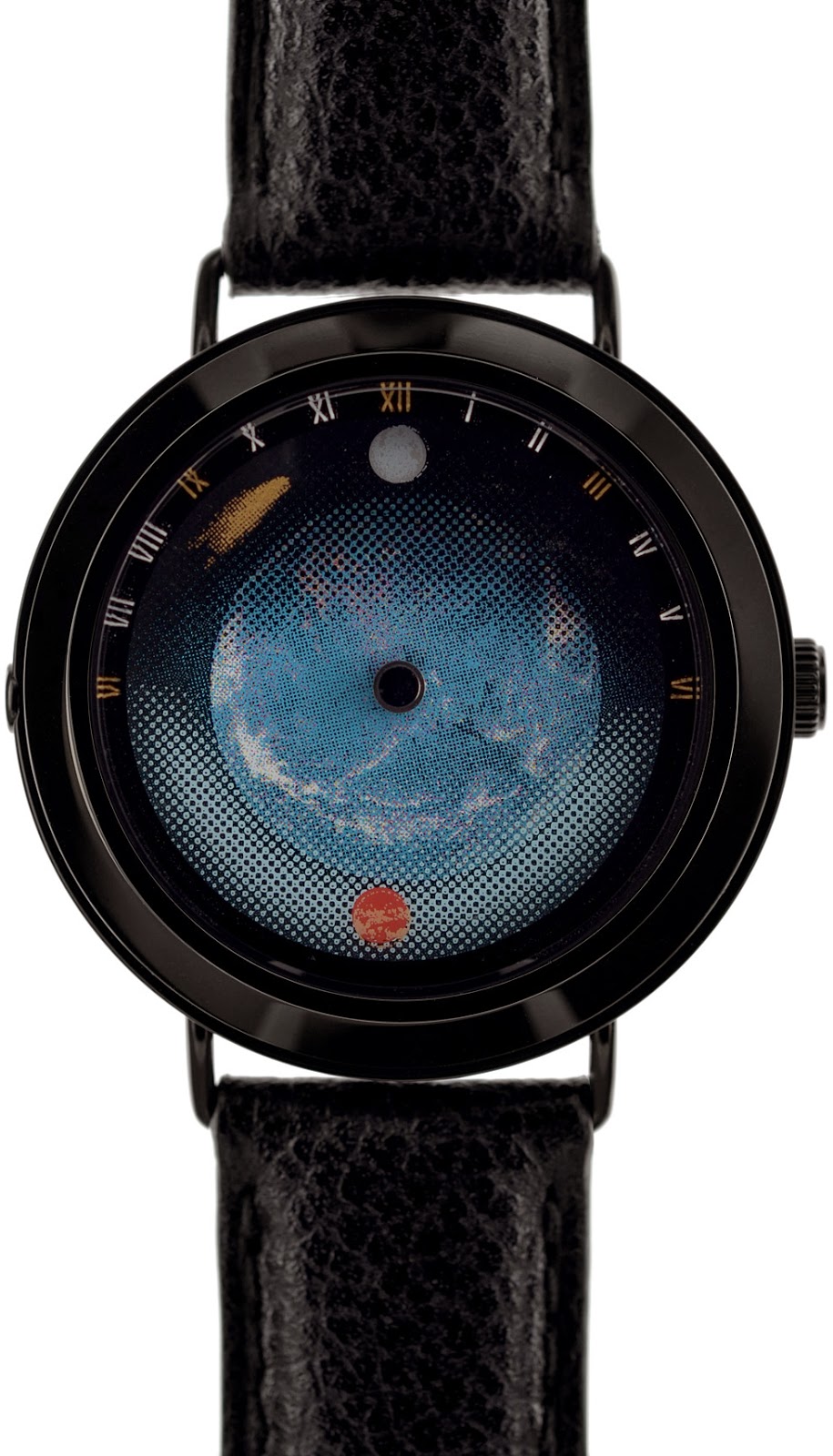 The Mr. Jones "Observatory" depicts the passing hours in an intuitive sense with the sun, moon, and a 24-hour dial. An orbiting comet fills in the minutes. 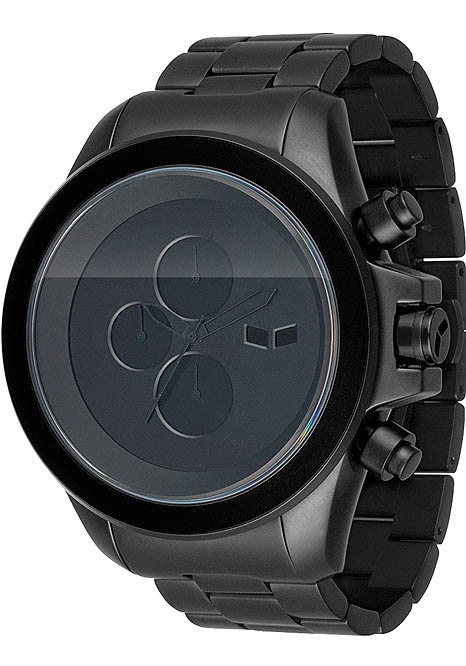 If your tastes run to "more is less,"and abject minimalism is your thing, you can't beat the absurdity of the Vestal ZR3011 black-on-black-on-black numberless chronograph. 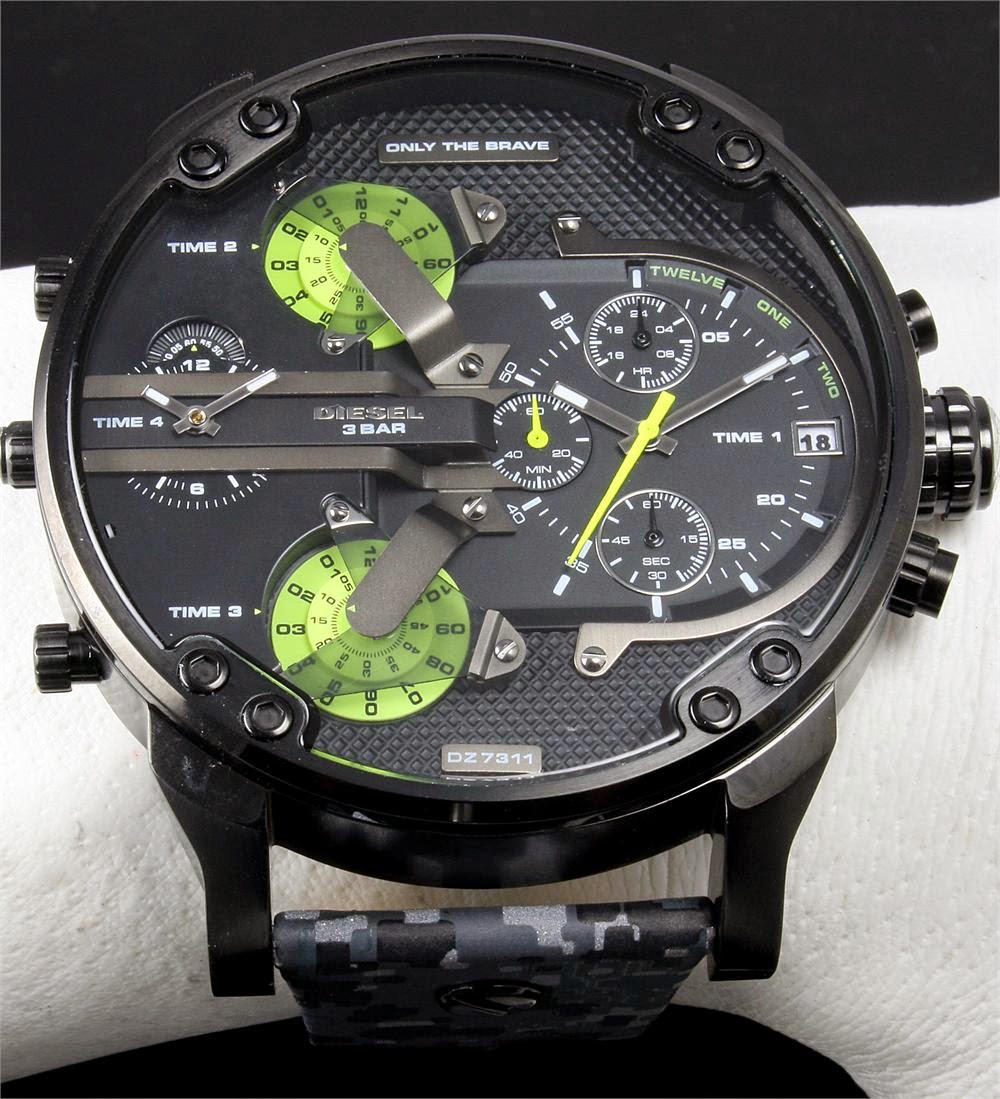 So enough of the horological escapades. Go check out what Watchismo offers; there's something for every taste. Get started stripping out your wallets, and I'll be back next week with more sartorial goodness!

Click here to go to back to the previous essay chronologically.