Chapter 92
The election is over. This isn't a political blog, so I'll spare you any of that which you doubtless are already inundated. I was correct in my prediction as to the outcome, however:

The man in the black suit will win.

This isn't a large stretch of prognostication. Let's take a quick tour of the last couple of political months. 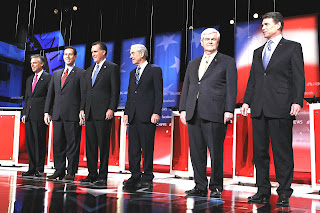 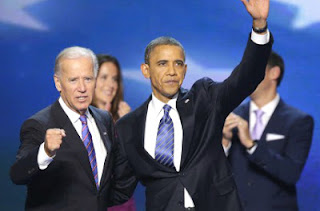 Let's skip to the conventions now. First, the Democrat convention. Obama at the podium, basking in the adulation with his court jester: black suit, and black suit. 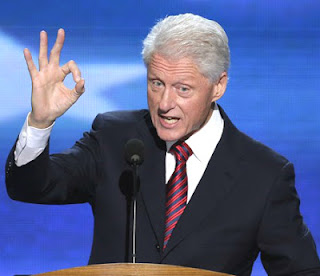 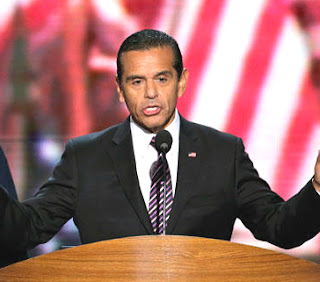 Even Los Angeles Mayor Antonio Villaraigosa, the convention chair, provided comic relief with his "maybe you didn't understand the question" routine in a black suit. 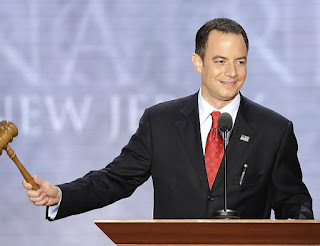 Perhaps there is a trend here. Let's compare this with the Republican convention: RNC Chair Reice Preibus -- black suit. 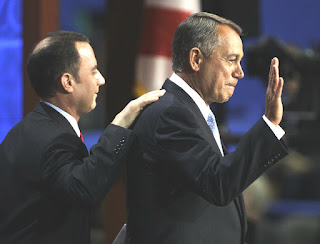 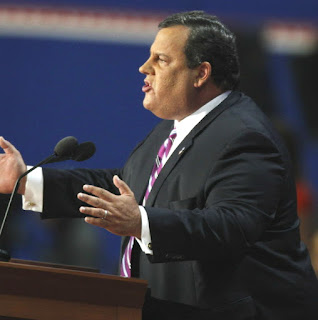 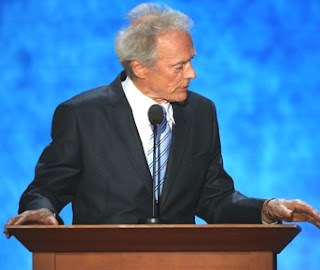 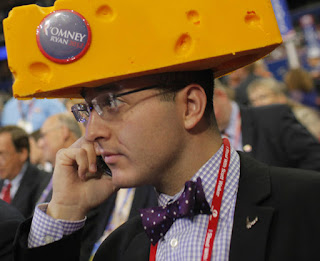 Surely at the debates this dreary costume must be averted? 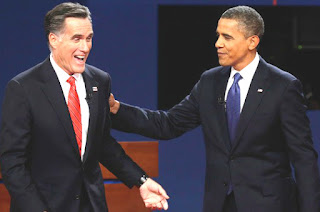 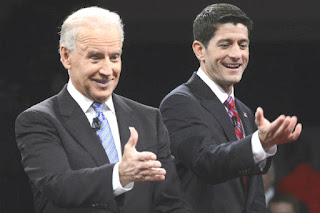 What do we see here? A depressing uniformity and a stultifying lack of imagination. Arenas full of ill-fitting black suits. A House and Senate full of black suits. A Capitol full of black suits. Men at the highest levels of American government, no matter their party, have given up on their sartorial free expression. And what happens on the surface is an indication of what is going on underneath. 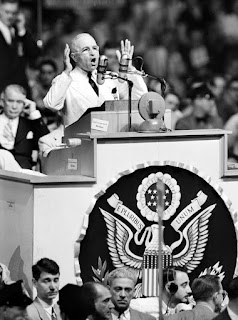 Let's draw a quick comparison between the modern day and Presidents past -- and just to keep it fair, we'll look at past political conventions here as well. The dapper haberdasher, Harry S. Truman, makes his acceptance speech at the Democrat National Convention in style, with a double-breasted linen suit. 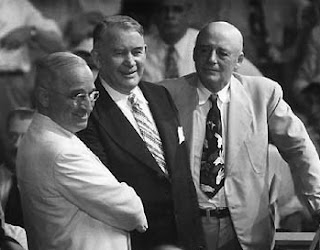 Notice the light, breezy, and confident air a bright suit gives. It's hard to tell in monochrome, but this is likely a very light eggshell or cream linen. 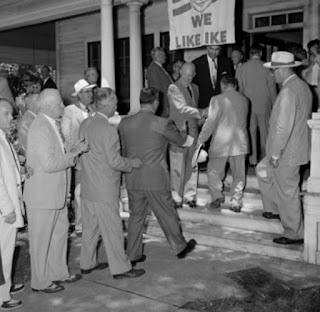 Let's jump forward to Eisenhower in 1952, greeting the press outside the Republican National Convention, at a constituent's house. Hardly a dark suit to be seen. Ike is most likely in a salt-and-pepper suit, whilst his glad-handed throng are in a variety of tans, creams, and rusts. Notice the straw fedoras, and the spectator shoes on the gents at the far left. 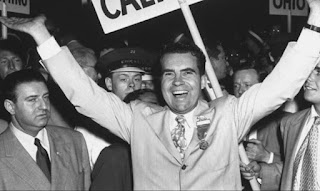 Here is a jubilant Richard Nixon also at the RNC in 1952, looking far from dour in a light, possibly straw-colored, suit. 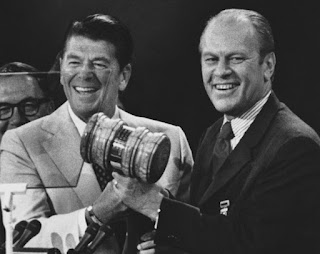 Moving ahead to 1972, Ronald Reagan hands off the ceremonial chair's gavel to Gerald Ford at the RNC. Gerry's in a dark suit, perhaps a sign of things to come, while the Gipper is in what appears to be light grey. 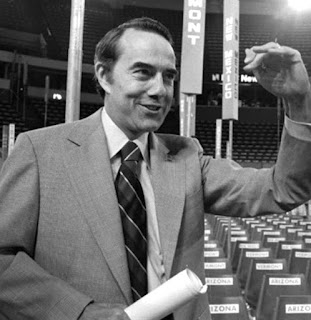 Up until the 1976 Republican Convention, light suits were still seen, although less rarely than in previous years. RNC Chair Bob Dole is wearing a poly suit in what I think might be a then-fashionable light brick color. But beyond the bicentennial, dark tones predominated, and for the last several decades, color has disappeared completely from the palette of the politician.

When everyone wears black, it's more difficult to tell who the good guys are. If there are any, that is.