("Springtime and the Average Guy," part one of three)
Chapter 58 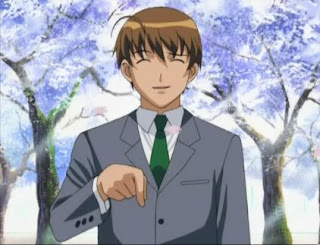 Spring! It's not just an arbitrary date when the weather starts getting nicer, you know; it's a specific point in space when the axis of our little blue marble lines up most nearly perpendicularly to the plane of its orbit. The sun shines square down upon the equator, and for a brief moment, at 1:13 DST in the morning on Tuesday, March 20, daytime and nighttime are exactly 12 hours each. (Well, 12 hours 6½ seconds each, if you want to get really specific.) The days have been getting longer bit by bit since the winter solstice, of course; at first so slowly as to be barely noticeable, but now the daily lengthening is happening in earnest. And here, at the tipping point when light starts overtaking dark, and the solar ecliptic continues its inexorable glide up to the Tropic of Cancer, something clicks, and the world (the northern half, anyway,) starts waking up.

The winter has been full of advanced tailoring concepts here at Dress Like A Grownup!, what with awards critiques and suit surgeries and such, but lest we run too far ahead afield, let's take a week to address the bread-and-butter of this blog, the Average Guy. You, my Average Guys, are not interested in the minutia of formal wear and setting sleeve pitches -- you want practical advice and direction in navigating the hitherto unknown world of dressing with style and aplomb, like a functioning adult in a world of adults, instead of a man-boy whose sartorial development was arrested somewhere in high school.

Your sartorial experimentation has doubtless been quelled somewhat through the winter. Such niceties as color, and shape, and style, have taken a back seat to the more utilitarian matter of not freezing to death as soon as you step outside. And that's understandable. You can't always reach for a velvet-collared Chesterfield when facing the bitter winds of winter; nor can you cut a fashionable silhouette when bundled in heavy trousers, sweaters, and waterproof parkas. I myself have fallen prey to the convenient bulky coat with attached hood, and not only a few times, over the last months.

But now! Now is the time to pack all your winter Fiberfil®-stuffed balloonwear in its vacuum-sealed spacebaggery, and get back to dressing like an adult, instead of Randy Parker from A Christmas Story.

Unfortunately, the majority of men will mark the passage of Winter into Spring by immediately breaking out the cutoff shorts, flipflops and tee shirts the moment the thermometer hits 70 degrees. (Continental types may read this as 20º.) You've seen it -- you may have even done it, in your ill-informed youth. It's as if Man has developed two modes of dress: bundled or none. For the Average Guy who is a true aspiring man of fashion, as well as those of you who merely want to improve your current mode of dress, Spring is a marvelous time of transition, that gives you the freedom and latitude to try out many different adult sartorial styles.

Since the cold of February has given way to the breezes of March, give thought to making sport coats a regular part of your wardrobe. Not just the tweeds, either, but lighter wools and cottons can play a rôle as well. Get into the habit of reaching for a light sports jacket instead of a windbreaker, and utilize the shirt, rather than the jacket, to dress against the brisker days: a heavy cotton or flannel shirt under a light sport coat can look quite smart. On the odd day that's truly inclement, start to think of layering a sweater under that light jacket instead of reverting to bundling under a heavy coat. The more you can resist reversion to your wintry ways, the better.

It's a good time to try more adventurous things at this time of year; things you aren't quite used to yet. Try wearing a long tie with a collar bar, or better yet, give bow ties a shot once in awhile; or even a light square scarf tied as a day cravat under a shirt, for the indomitably impavid. If you've never attempted stiff detachable collars, spring is a good time of year to give them a try and see if they fit your personality. Tattersall or odd waistcoats are right at home in Spring weather. On the warmer days, a waistcoat sans jacket would not be out of place, if you want to experiment with that endeavor; or a well-fit v-neck tennis sweater. Spring is ideal "hat weather" if you have been looking at a fedora or trilby -- or if you are truly fearless, even the treacherous ground of the straw skimmer. (Baseball caps need not apply.) If you have ever thought about two-toned or suede shoes of the saddle or spectator variety, but thought they were too garish to be worn, now is the time.

In your experimentation, don't go overboard with bright springtime colors or whites -- the time for that is still traditionally after Easter and into summer. The warmer, darker earth-tones and hues of winter still apply, at least for now. It's one of the reasons this month is so ideal for trying new things: the color palatte doesn't draw undue attention to itself, so you can be a bit bolder with the choice and cut of the articles and accessories!

Of course, the rules of moderation and good taste should always be followed. You want to appear insouciant and casual, as if you did not put a great deal of time or forethought into your attire. You also want to not appear overdressed or anachronistic. And you never want to look like you're trotting out brand-new clothes you've just bought. Weigh the adventurous against the traditional, and find your balance: your clothes should never overpower yourself. Try one thing, then another -- but if you put too much oddity together at once, you risk a Gatsby costume, which is where the uninitiated and unknowledgeable invariably end up.

The point here is to get into the habit of dressing well. Even if it's just a sport coat, go with that. If you condition yourself to even a minimum level of proper dress, you will cultivate the discipline to maintain that level.

Which, really, is what men should have been taught all along.