(Part 3 of the series, "The Secret Life of the Tie.")
Chapter 81
We've spent the last couple of weeks looking at the history of neckwear. In the next few weeks, we'll take a quick overview of what became of all that history, and make some prognostications about what the future of neckwear may hold for us in the twenty-first century. This week, we'll bridge the gap between history and forecasting, by looking at today's modern tie choices, and how they came about.

Modern ties differ from historical cravats, in that cravats were wide single lengths of fabric that wound around the neck twice: front to back to front. All modern ties are much simpler affairs, simply brought from back to front and tied. Ties are also more constructed than cravats: instead of a simple square or rectangle, they are cut, lined, and sewn into specific shapes.

We'll start off by looking at the most common tie known today, and indeed the only thing most people think of if you would ask them what a "tie" is:
the long tie. Despite what you've heard about it being a direct link to the original Croation cravat, the long tie is a relatively recent invention, dating only to the latter years of the nineteenth century. Its use was predicated on the introduction of the starched detachable collar, which neccesitated a small, vertically-oriented knot to fit under the tight, close collar points. Thus was the four-in-hand invented.

The four-in-hand is the first, original, and most basic long tie knot: a small, easy-to-tie, slightly asymmetrical slipknot, originally used to tie off horses' reins. It had the benefit of fitting neatly under a stiff collar, was easily adjustable, and just as easily removable. It had also the benefit of being one-size-fits-all, and the broad, flat ends tucked nicely under a waistcoat.

The long tie has become such a universal thing that it has existed nearly unchanged for a century. It is by far the most popular form of tie, worn by easily 99% of the tie-wearing population. The length and width of the ends fluctuated over time with fashion, and there are many subtle variations of knots currently in use. The common long tie, in fact, has been the focus of more attention to subtlety that any other article of clothing in the last hundred years -- the knot can be tied in any of a dozen variations to harmonize with any collar style and head shape. In short, it's very easy to make a long tie look good -- which can not be as easily said for other sorts of ties.

The slipknot design of the long tie makes it very easy to wear loose. This wasn't an issue with a stiff collar --it's either on or it's off-- but in modern times, there's a great deal of appeal to be able to unbutton your collar and loosen your tie without taking it off entirely. If there is a prevading fault with the modern interpretation of the long tie, it is simply that without benefit of waistcoat or jacket, the ends tend to dangle artlessly -- as well as the sheer monotonous universality of the things.

The next most popular tie in terms of frequency of wear,
is the bow tie.
The modern bow tie is directly related to the cravat: in its turning around the neck, the Cravate à la Osbaldeston -- in its knot, the Nœud Gordian -- in its finish, the Cravate en Valise. The modern bow tie, like the long tie, has become a finished and tailored item, with shaped cutting and lining. The belled shape of the ends hold the tie firmly in place without slipping, and the neckband has reduced in width to fit neatly under a collar.

The bow tie is unique in that it can be casual...


...semiformal...
...and formal, depending solely upon its color. For all the long tie's benefits, it should never be worn with evening formal wear of any kind. The drawbacks of a modern bow tie are that it is not one-size-fits-all, but are an exact fit to the wearer. This means it needs either an adjusting strap or buckle at the back of the neck, or constructed to a specific neck size. Also, it cannot be worn loose, as a long tie is able: a bow tie is either tied or not, there is no middle ground. Since there is no variation in the knot itself, a bow tie doesn't give as much latitude to various head shapes as a long tie. The bow tie must be matched to the stature of the wearer in the cut of the tie itself, in the proportion of the dimensions of the height and width of the finished bow, and in the width of the knot. (The shape of the collar is less of an issue, as the bow usually covers the collar points.) There are many unique advantages to the bow tie as well, not least among them is its relative rarity. A well-cut bow tie that suits the wearer's frame and face is a more personal purchase than a long tie, and reflects more of the wearer's personality.
A further benefit, and an important one: the bow tie is up and out of the way, with no dangling ends like a long tie. A bow is thus more suited to wear in shirtsleeves: and for potentially hazardous and dangerous work, where a long tie would interfere with machinery or contaminants, a bow tie is clearly far superior. It is easy to forget one is wearing a bow tie, unlike the constant visual reminder of the long tie swinging away in your field of vision.

Now we'll get into some modern neckwear esoterica. The one piece of neckwear that is literally a cravat, isn't called a cravat at all today, but an ascot.
Named for the Ascot racecourse, the ascot is essentially a Nœud Gordian, the ends crossed on the chest and secured with a pin. It can either be a single piece of fabric as were the cravats of old, or a constructed piece that is lightly lined and slimmed to a one inch neckband. The ascot is the daytime equivalent of formal wear, worn with a morning suit or stroller -- the daylight version of the black bow tie and tuxedo. It enjoys limited use today; the most notable being for weddings in England or on the Continent. 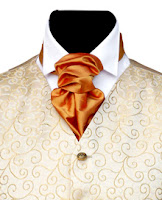 The ascot can also be tied with a loose four-in-hand knot like a long tie, and pinned in place; it is an acceptable alternative nicknamed the "puff tie," or even more coloquially as the "scrunchie tie," normally utilized by those who don't know how to tie a Geordian knot. The ascot is the last holdover from the classic early nineteenth century cravats. Ironically, Royal Ascot's dress code now prohibits ascots.

In another bit of confusing modern-day jargon, the day cravat is sometimes called an ascot as well, although the two "ascots" couldn't be farther apart in appearance or function.
The day cravat is not technically a cravat at all, but is more closely allied with the scarf. It is not worn outside the collar, but inside the shirt, directly against the neck of the wearer. In appearance it approximates the Cravate en Cascade. It can be of a single piece of fabric like a scarf, or a constructed item much like the true ascot, but with a wider, pleated neckband. It is a casual item, worn underneath any open-collared shirt, from a button-down Oxford to a short-sleeve golf shirt. Most often it is seen in vivid patterns, stripes, or figures, in keeping with its casual nature. It is still seen in the UK and Europe, but its use is not as widespread as it once was a few decades ago. When it is seen in America, it is usually confused with the formal ascot, and mistakenly worn at formal events.


The bolo tie (from the Spanish boleadoras) is seen oftimes in the American West, and is the official neckwear of Arizona, New Mexico, and Texas.


A length of braided leather, often decorated with silver aglets, it is worn around the neck and fastened with a sliding clasp. Its origins are lost to history, (one account is that the first bolo tie was a repurposed hatband) but it is undeniable that the bolo tie is ideally suited to the hot, dusty regions of the pioneer cowboys, as it can be worn with an open collar, doesn't collect dust and dirt, and isn't as warm or constrictive as a long tie. In England, it is known as a bootlace tie.

The neckerchief deserves mention alongside the bolo, also seen in the American West.

It is a bandanna or square of fabric, folded into a triangle and rolled up, placed around the neck, and either tied in a knot or secured with a sliding clasp or woggle. (Anyone with a history in the Boy Scouts is quite familiar with this.) The wearing of the handkerchief-as-tie has centuries-old origins in Naval uniforms, and early Western settlers found it a useful tool for keeping the sun off of one's neck, swatting away flies, soaking up water to drink or to cool off, and as an ad hoc air filter during dust storms. It can serve as a tourniquet, bandage, sling, or splint in emergencies, as well as to hide one's face whilst bank-robbing. 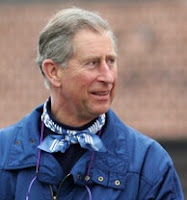 It can also be worn short, in imitation of a bow tie.

The ribbon tie is seen sometimes in the American South, another relic of the nineteenth century western frontier era. 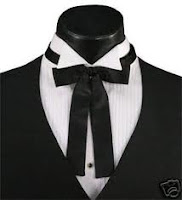 A length of ribbon, tied as a shoelace with long trailing ends, it has as its origin the wide bow tied cravats of the nineteenth century.


Either as a ribbon or as a constructed tie, it is but rarely seen today, except as an alternative to black-tie wear, but its use has not died out completely. Dolce and Gabbana, among others, have attempted to revive its use, as seen here. 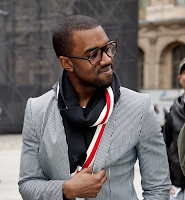 The simple scarf is making an appearance as an alternative to the necktie. and has been recently seen loosely tied over an open collar shirt with a jacket. It has previously been used in tropical climates, worn in the same manner as a day cravat, in lieu of a shirt under a jacket.

Scarves have also been seen worn as day cravats recently. This may be a foreshadowing of things to come.

Next week, we'll start taking a closer look at each of these various styles, in turn, paying particular attention to their viability for the twenty-first century Average Guy who aspires to Dress Like a Grownup.

Click here to go to the next essay chronologically, Part Four of The Secret Life of the Tie.

Click here to go to back to the previous essay chronologically, Part Two of The Secret Life of the Tie.

Email ThisBlogThis!Share to TwitterShare to FacebookShare to Pinterest
Labels: Ties