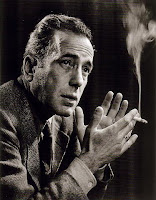 They're almost universally seen in the grasp of the well-dressed man of the last century; in fact, it's nearly a maxim that you can't be truly well-dressed without something smouldering in your proximity. 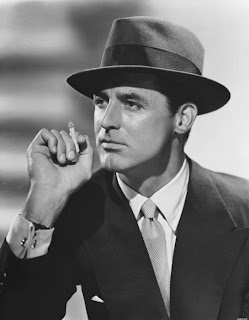 You might notice that the demise of adult dress has coincided to a greater or lesser extent with the demise of the smoke. Could there possibly be some sort of correlation between the two? Let's look at the history of tobacco and smoking first, see if there are any trends we can trace, and then try to draw some conclusions.

It is worth noting that smoking is purely an American invention. There was no use of the stuff at all outside of the Americas in the ancient world. Although the first appearance of the tobacco plant was 6000BC, it was only smoked and chewed by the natives as late as 1AD. A further five hundred years on, and the Central American Mayas and Toltecs spread the custom to the North American Indian tribes. Amidst the development of a complex system of politico-religious rites, was the development of ancient implements that we would recognize today as the forerunner of modern pipes and cigars.

Fast-forward a thousand years or so, to 1492. Columbus, upon landing and being mistaken for a minor deity, was offered dried tobacco by the Arawak Indians. He later threw it away, not knowing its purpose. A month after the initial landing, Rodrigo de Jerez, searching for the King of China (in Cuba...insert eyeroll and facepalm here,) observed the making and smoking of a cigar. Jerez brought some back to his Spanish hometown in 1501. Unfortunately, his neighbors, terrified upon seeing the smoke of the devil roiling from his nose, turned him in to the Spanish Inquisition, who imprisoned him.
By the time poor Jerez was released, smoking was already catching on in Spain, thanks largely to a monk who accompanied Columbus on his second voyage, Ramon Pane, who wrote lengthy scholarly descriptions of the natives' process of both smoking and snuff-taking. Brer Pane requested Hernando Cortez bring a load of tobacco back to Spain in 1518, and thus got the credit for introducing tobacco to Europe. Cigar smoking had become popular with the Spanish lower classes by 1530.

1560 saw the introduction of the pipe-weed to France, where it was so well-received by Catherine de Medici, she dubs it Herba Regina.


Sailors of Spain and Portugal, meanwhile, were happily smoking away, spreading the practice at ports-of-call over the Old World, and thus to English sailors. Scurvy slave-trading sea-admiral Sir John Hawkins is credited with introducing tobacco to England in 1565.

Throughout the remainder of the sixteenth century there was much interest in the medical properties and benefits of Nicotina tobacum, imagined or otherwise, and it became recommended for all manner of diseases and maladies, whether smoked, polticed, chewed, steeped, or, well, there's no other way to say it: enema-ed.

In 1602, the optimistic view of tobacco's health benefits were countered by the publication in England of Work of Chimny-Sweepers or A Warning for Tabacconists, which compared the illnesses of chimney-sweeps and smokers, and found them to have similar effects. Other physicians countered the argument, and a complaint was lodged to King James I that tobacco was being freely used without a prescription.

The King then wrote A Counterblaste to Tobacco  in 1604. In addition to bewailing the moral failing of taking a drug merely for pleasure, and expressing distaste for imitating the bad habits of barbarians, he notes that autopsies found smokers' "inward parts" were "infected with an oily kind of soot." In trying to keep his subjects from smoking, with all good intentions, he used the most expedient method available: he made tobacco more difficult to purchase, by increasing taxes on it by 4,000%. That stopped people from buying tobacco, all right, but it just as quickly dried up the treasury funds that had been coming from those sales. Two years later, James cut tobacco taxes 60%, and watched the tax money pour back in. So, in a scheme that the United States would imitate centuries later, he received a large income from the sale of the very thing he professed most to despise. The tug of war between punitive taxation, and the need to sustain the behavior being taxed, had begun.

James I in 1614 made the import of tobacco a royal monopoly: and in London alone, there were 7000 tobacconists. If you need any more proof that nothing is new in the world, in 1610 the first tobacco vending machine was invented: a pipeful of tobacco for a penny.

Meanwhile, in 1614 Spain, Seville was set up as the tobacco center of the planet, the world nexus of cigar production. A sort of proto-cigarette was also developed here among beggars, as a cheap way to smoke leftover cigar scraps.

The first part of the seventeenth century saw tobacco use sweep across the near east and into China, while in the Colonies the production and export of tobacco became so important it became the Colonial monetary standard, used as money in Virginia for the next 200 years.

There were some early holdouts to the smoking craze: China forbade its use in 1612, making it punishable by decapitation in 1638. Romanoff Russia banned it in 1613; the first offense was a one-way trip to Siberia -- the second offense was execution. (Peter the Great, a smoking advocate, repealed the Russian ban in 1689.) In 1617, use of tobacco in Mongolia was punishable by death, and it was banned in Japan in 1620. Bhutan banned smoking in public and in government buildings in 1640, (preceding the US by three hundred and fifty years.) In 1633 in Turkey, Sultan Murad IV made smoking an executable offense as an infidel; his successor Ibrahim the Mad (yes, really!) lifted the ban.

And so it continued, with a pushme-pullyu of taxes, legislation, permission, and prohibition through the 1600s, as nation-states tried to decide just what to do with this new pastime. During the Plague of 1666, smoking was thought to ward off infection, (yeah, that didn't work,) and in many instances tobacco was only available with a doctor's note.

You will note that throughout history, there is generally a correlation that can be drawn between the freedom any nation allows its people to live their lives and make their mistakes unencumbered by their government, and the ability of that people to smoke freely.


The eighteenth century saw a general trend away from pipe smoking and towards using snuff, which was the favored method of the French courts. It became the "aristocratic" form of tobacco use, and in fact smoking was banned in France in 1719. The American Colonies built its economy essentially completely on tobacco by 1730, building snuff mills, tobacco factories, warehouses, and manufactories as fast as demand allowed.

The darker side of American history, of course, is that these factories had to be stocked from vast plantations, which ran on the backs of slave labor: human harvesting machines. The 1705 Virginia Assembly's law legalizing lifelong slavery, in order to efficiently run the tobacco plantations, was a dark blot on the early face of the landscape -- a new Republic formed seventy years later, on the basis of equal creation of all men, would have a hard time wresting the concept of human ownership away from the minds of the people.

Meanwhile, English doctors in the 1760s continued to draw cause-and-effect between snuff and cancer of the nose, and exposure to soot and developing cancer -- much like the old Chimny-Sweepers publication of 1602 had been.

The American Revolution of 1776 was due in no small part to tobacco: Colonial growers were forever in debt to British merchants and the British tobacco taxes. Tobacco exports provided credit to fund the war, and American tobacco taxes repaid the war debt.

The French Revolution soon after saw a return to the cigarito by the French masses, as it was the form least like the snuff of the aristocracy, and by 1800, snuff had generally fallen out of grace altogether, in favor of smoking again.

Scientists had by 1810 isolated nicotine from tobacco smoke, and while noting its effect, realized by 1828 the "essential oil" of nicotine was in fact a powerful poison in its pure form.

Clement Moore had by 1823 meanwhile isolated Santa Claus as a pipe smoker.

So now our stage has been set! We'll leave this week at the dawn of the Regency period, and the beginning of what we know as the Modern Era of menswear, spearheaded by Beau Brummel. Next time, the Industrial Revolution, the Victorian and Edwardian eras, lots of Wars, Prohibitions, and a lil' thing called Television.

Click here to go to the next essay chronologically, Part Two of The Essential Accessory.